The Jeremy Lin story is very personal for me because of the attention he is getting for being an Asian American in a sport that is dominated by African Americans. I feel that me and him share a very similar experience in sports. The two longest reigning Mr. Olympia’s have been black and there has NEVER been an Asian to ever break into the Top 5 of the Mr. Olympia show. Is race is an advantage or a disadvantage. Or is it a non factor? 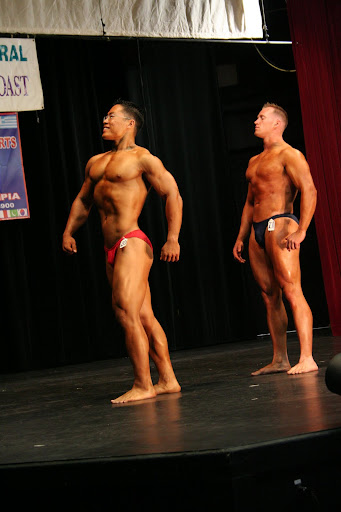 In short, race is ALWAYS a factor because your race greatly determines the culture you are born into, your socio-economic class and the sports people encourage you to play. But, race is not the major factor when it comes to sports. I might be biased because I have loved my Asian genes and how it has helped me in bodybuilding. While it’s true that African Americans have dominated the sport at the highest level; I have won many shows just because my body type was something that was described as “unique”. I have never felt I have been disadvantaged by my race because I believe people can see the advantage I have had being an Asian American bodybuilder. Sure, I’m not extremely wide in the shoulders, my body isn’t naturally ripped but I am 230lbs with a 31inch waist (that’s genetics not just hard work). Everyone’s racial background is both an advantage and disadvantage. I think the key is for people to fully appreciate each person’s unique skill set.

I don’t want to be Arnold, Ronnie Coleman or Lee Haney. I want to be David Pat. Yes, there are disadvantages in being Asian in bodybuilding but there are tons of advantages too. I have been blessed because my friends, judges and my competitors have appreciated my differences. I pray that Jeremy Lin will play in a sports environment who will not compare him to other basketball players but instead appreciate his unique style of Basketball.